Skip to content
Home10. What Islam & Muslims Gave To the WorldDocumentary Section

Page Added on 4th July 2017….May Allah accept the effort and bless the Ummah. 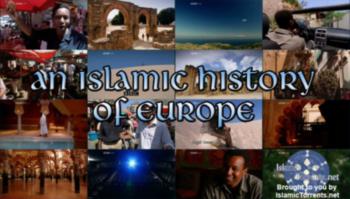 In this 90-minute documentary, now showing in three 30-minute episodes, Rageh Omaar uncovers the hidden story of Europe’s Islamic past and looks back to a golden age when European civilisation was enriched by Islamic learning. Rageh travels across medieval Muslim Europe to reveal the vibrant civilisation that Muslims brought to the West. This evocative film brings to life a time when emirs and caliphs dominated Spain and Sicily and Islamic scholarship swept into the major cities of Europe. His journey reveals the debt owed to Islam for its vital contribution to the European Renaissance.

2. BBC Documentary on Science and Islam by Jim Al Khalili

The programme on Science and Islam is presented by Jim Al-Khalili, a well known scientist himself. It is a one hour program. The show deals more specifically with the Islamic contribution to the progress of science and technology and shows how the Islamic world increased scientific knowledge between the 8th and 14th centuries.

Physicist Jim Al-Khalili travels through Syria, Iran, Tunisia and Spain to tell the story of the great leap in scientific knowledge that took place in the Islamic world between the 8th and 14th centuries.

Its legacy is tangible, with terms like algebra, algorithm and alkali all being Arabic in origin and at the very heart of modern science –there would be no modern mathematics or physics without algebra, no computers without algorithms and no chemistry without alkalis.

For Baghdad-born Al-Khalili this is also a personal journey and on his travels he uncovers a diverse and outward-looking culture, fascinated by learning and obsessed with science. From the great mathematician Al-Khwarizmi, who did much to establish the mathematical tradition we now know as algebra, to Ibn Sina, a pioneer of early medicine whose Canon of Medicine was still in use as recently as the 19th century. He tells also the story of Al-Razi, who improved medical diagnosis and even attempted medical trials, and he finds out how cataract operations were done and visits one of the world’s first hospitals in Damascus.

When the Islamic Empire established itself, from the 7th century CE onwards, its rulers made gathering the world’s knowledge a top priority. Islamic scholars travelled the known world in search of mathematical, medical, astronomical and philosophical texts.

By the 8th and 9th centuries, the ruling elite of Baghdad organised regular debates between scholars. At these vibrant events, all kinds of ideas, often from other civilisations and cultural traditions, were debated, discussed and even radically improved.

The scientific legacy of this extraordinary time lives on. Terms like algebra, algorithm and alkali, are all Arabic in origin and are at the heart of modern science.

The story thus told pieced together a remarkable story of the often-overlooked achievements of the early medieval Islamic scientists.

Enjoy the panoramic views as you go on a VIRTUAL WALKING TOUR of Alhamra historical complex in Spain, a monument of immense historical importance in the history of the Muslim World.

Enjoy an excellently picturised show on Istanbul’s historical and architectural masterpiece, the world famous Sulaimaniyyah Mosque in Turkey. You will have the feeling as if you are inside the mosque!

Watch an amazing picturesque video on Masjid al Aqsa and the Dome of the Rock. First go through the introduction and then proceed to the Virtual Walking Tour enjoying the panoramic scenes and knowing the history of Islam’s third most sacred site as well.

6. It’s time to herald the Arabic science that prefigured Darwin and Newton

All is fine if Heart is fine!

Success is from Allah alone!

Have a Great Dream!

Warning from the Teacher of mankind! 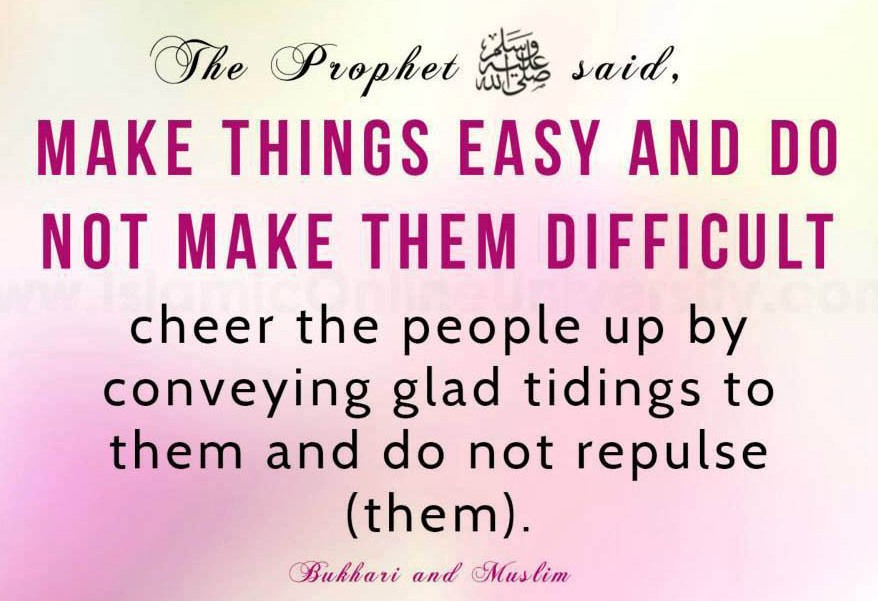 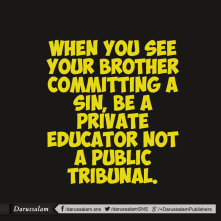 When asked about her hijab by journalists and how 'it is not proportionate with her level of intellect and education', she replied, “Man in the early times was almost naked, and as his intellect evolved he started wearing clothes. What I am today and what I’m wearing represents the highest level of thought and civilization that man has achieved, and is not regressive. It’s the removal of clothes again that is regressive back to ancient times.”
Tawakkul Karman, Nobel Laureate, Yemen.

Listen to the Names of Allah Audio

Visit this Link for more info 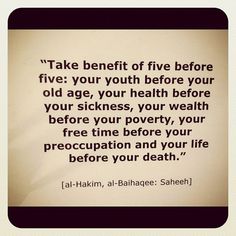 تبسمك في وجه أخيك صدقة
“Smiling at the face of your brother is charity”. (Hadeeth) 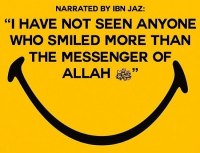 If you want to talk to Allah, Pray.

If you want Allah to talk to you, Read Qur’an.

Abu Hurayrah (رضي الله عنه) once passed by the market in Madinah. He stopped at the market and said:

“O people of the market, how incapable you are!”

They said, “And how is that Abu Hurayrah?”

He replied, “Over there, the inheritance of Allah’s Messenger
(صلّى الله عليه وسلّم) is being distributed and you are here! Won’t you go and take your share?”

He replied, “In the Masjid.”

So they hurried to the Masjid, and Abu Hurayrah waited for them until they returned.

When they came back, he said, “What’s the matter?”

They replied, “Abu Hurayrah! We went to the Masjid, but we didn’t see anything being distributed.”

Abu Hurayrah asked them, “And you didn’t see anyone in the Masjid?”

They replied, “Indeed we did; we saw people praying, others reciting Qur`an and others studying the regulations of halal and haram.”

So Abu Hurayrah رضي الله عنه said, “Woe to you! THAT IS THE INHERITANCE OF MUHAMMAD صلّى الله عليه وسلّم” 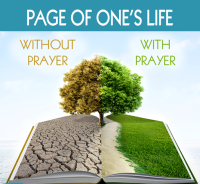 An English professor wrote the words:
“A woman without her man is nothing” on the board and told his students to punctuate them correctly.

All the boys in the class wrote:
“A woman, without her man, is nothing!”.

All the girls in the class wrote:
“A woman: without her, man is nothing!”.

At the Barbecue: “I will gather the firewood”

It is related that while on a journey, the Prophet (peace be upon him) ordered his companions to prepare a sheep for food.

One man said, “I will perform dhabh (slaughter) on it, Messenger of Allah”.

Another said, “I will skin it”.

Another said, “I will cook it”.

And the Prophet said, “I will gather the firewood”.

To this they all said, “Messenger of Allah, you don’t need to work; we will do whatever is to be done”.

“I know that you will do for me whatever is to be done,” said the Prophet, “but I do not like to be set apart from you. Allah does not like to see His servant aloof from his companions”. 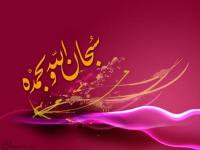 If you Say SUBHANALLAHI WA BI HAMDI HI
One hundred times, then: * All your minor sins will be forgiven. * One hundred date-palm trees will be planted for you in the Jannah. Subhanallah! View this Presentation

During his old age, while Imam Ahmed was travelling, he stopped by a town. After Salah, he wanted to stay for the night in the masjid yard because he didn't know anyone in the town. Owing to his humility, he hadn't introduced himself to anyone thinking that if he did, he would be welcomed by many people.
Failing to recognize the great scholar of Islam, the caretaker of the mosque refused to let him stay in the mosque. As Imam Ahmed was quite old, the caretaker had to drag him out of the mosque. On seeing this, a baker from a nearby place felt pity for this old man and offered to be the host to him for the night.
During his stay with the baker, Imam Ahmed observed that the baker would constantly recite Istighfar (seek forgiveness from Allah). Imam Ahmed asked the baker if the constant practice of saying Istighfar had any effect on him.
The baker responded by telling Imam Ahmed that Allah had accepted all of his du'aas, except one. When he asked him what dua was it that hadn't been accepted, the baker replied that he had been asking Allah to provide him the privilege to meet the famous scholar Imam Ahmed bin Hanbal.
On this, Imam Ahmed bin Hanbal said that Allah has not only listened to his dua but had dragged him onto his (the baker's) doorsteps.

“The Messenger of Allah was once carrying Husain ibn ‘Ali on his shoulders.

A man remarked, ‘What an excellent mount you are riding, O boy!’

The Prophet, sal-lal-laahu-alaihi-wa-sallam, then said,

‘And what an excellent rider he is!‘”

Du’aa in times of depression & anxiety 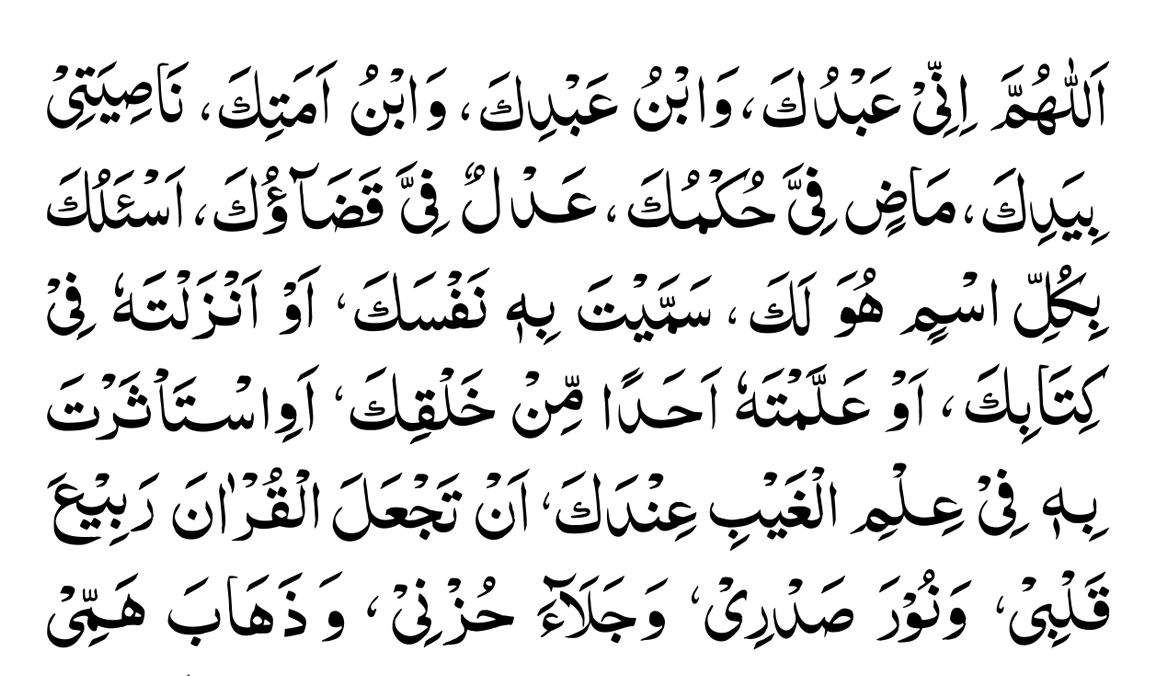 “O Allah, I am Your servant, son of Your servant, son of Your maidservant, my forelock is in Your hand, Your command over me is forever executed and Your decree over me is just. I ask You by every name belonging to You which You named Yourself with, or revealed in Your Book, or You taught to any of Your creation, or You have preserved in the knowledge of the unseen with You, that You make the Qur’an the spring of my heart and the light of my breast, and a departure for my sorrow and a release for my anxiety.”

From those around I hear a Cry,
A muffled sob, a Hopeless sigh,
I hear their footsteps leaving slow,
And then I know my soul must Fly!

A chilly wind begins to blow,
Within my soul, from Head to Toe,
And then, Last Breath escapes my lips,
It’s Time to leave. And I must Go!

So, it is True (But it’s too Late)
They said: Each soul has its Given Date,
When it must leave its body’s core,
And meet with its Eternal Fate.
Oh mark the words that I do say,

Oh God! Oh God! I cannot see!
My eyes are Blind! Am I still Me
Or has my soul been led astray,
And forced to pay a Priceless Fee!

Alas to Dust we all return,
Some shall rejoice, while others burn,
If only I knew that before
The line grew short, and came my Turn!

And now, as beneath the sod
They lay me (with my record flawed),
They cry, not knowing I cry worse,
For, they go home, I face my God!

You think that a Day without Fajr Prayer is a good day? 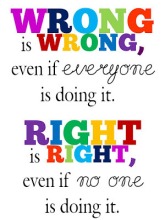 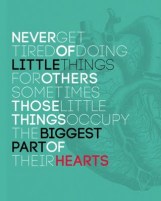